A New Source Of Inspiration 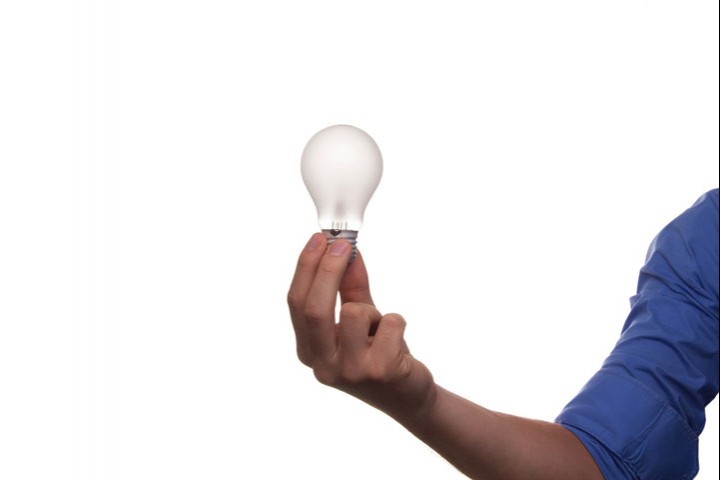 A new source of inspiration

What is the meaning of democracy, freedom, human dignity, standard of living, self realization, fulfilment? Is it a matter of goods, or of people? Of course it is a matter of people.

The economist, Ernst Schumacher wrote this back in 1974 in a now famous book, Small is Beautiful. His view was that economists are so focused on the abstract and the analytical, that they forget the reality of the people behind the numbers they cite. In a post Enron world his thought seems particularly prescient. However, Schumacher wasn’t being revolutionary in his way of thinking. Almost exactly two hundred years earlier, Adam Smith published his bestseller, The Wealth of Nations. Although Smith is often seen as the founding father of economics and free trade thinking, this is too limited a view. Like Schumacher he was concerned with the study of man and also with aesthetics, language, ethics and social laws. However, in spite of the historical precedent of Smith, Schumacher has been a relatively lonely voice in the field of economics. And we might add, his voice has hardly been heard in the world of marketing.

As a more modern discipline, marketing has sought credibility in adopting the analytical approach of economics and social science. This has been important in two respects. It has helped marketers to understand something of the behaviour of consumers and other audiences and it has helped the discipline to gain status in the boardroom. However, too much reliance on numerical analysis is dangerous. Using quantitative studies to define the likely actions of people or the impact of advertising or the nature of customer loyalty leads to narrow thinking. Numbers lead to abstraction and planning in a void. They can provide us with an indication of past behaviour and they can even suggest what people might do in the future, but decision-making on these lines leads to marketing campaigns that overstate the importance of products in people’s lives, brand valuations that over-estimate customer loyalty and product innovations that fail. Researchers might argue that qualitative methods provide the people insight and temper the tyranny of numbers, but this is still predominantly concerned with rationality and abstraction. Marketing is often a myopic process that concentrates on a limited vista of measures that define success or failure. We tend to find that marketing justifies itself based on its performance in building awareness, preference and customer loyalty. Yet if we listen to Peter Drucker’s point about the raison d’etre of organisations – to endeavour consistently to make human progress – we would recognise that marketing has the potential to play a much larger and more valuable role.

A new source of inspiration

The power of Enlightenment thinking, of which Smith was such an important part, was that it saw the connection between disciplines, ideas and people. Rather than a narrow focus, marketing too ought to recognise that it is not an isolated element. As Chris Macrae, author of The Brand Chartering Handbook, argues, organisations should not simply think about the numbers but all the potential linkages in their value chains and win-wins for all stakeholders. This suggests that marketing must move beyond its quasi-scientific rationality and seek inspiration from other sources as well. For marketing to contribute to human progress it should see organisations not just as economic entities, but as communities with a broader role to play. Business can no longer isolate itself from social responsibilities. People expect organisations to act ethically and to contribute towards sustainable development.

To effect this transition in thinking, marketers, in the way they are trained and practise, need to focus less on analysis and more on people. Equally this suggests that the humanities should be an important influence. As a conference on the role of humanities argues, a person cannot achieve the insight into this larger role without an understanding of history, philosophy, art and the heritage of knowledge.

I recently gave a talk under this heading at a University in Sweden, which was derived very much from personal experience. Whilst I have a business degree, in the days before marketing was even offered at British universities, I studied English Literature and History. Europeans are often intrigued that someone with a humanities background should be working with branding. What use is it in business they want to know? Yet I find that when I have to confront a branding problem or when I am writing on brands, my sources of reference and examples are derived primarily from humanistic fields. They provide a context for analysis that is people based. For example, in writing the book, Living the Brand I was searching for stories to substantiate the dangers of using rational analysis as the sole means of decision-making. Whereas I could have chosen a marketing based example, such as perhaps Absolut Vodka’s refusal to abide by the findings of research when it launched in the USA, I found two powerful and profound examples in the German plan for the First World War (which was in existence for 20 years and demonstrated that Germany would surround Paris in six weeks) and in the USA’s waging of the Vietnam War (based on long held and misplaced assumptions) . Both are clearly illustrative of how an adherence to abstraction can have catastrophic consequences. Equally in trying to understand the behaviour of people and brands, I found solace not in marketing texts, but in philosophy. In trying to understand what empowerment means, I found the best explanation in Foucault; when confronted with the problem of employees having a common understanding of vision and value statements I found answers in Noam Chomsky and Umberto Eco; in looking for a process to define those values and visions I found ideas in Socrates methods; and in thinking about the role of organisations I came to Karl Popper. However, nothing gave me greater insight than the existential philosopher, Peter Koestenbaum. His ideas on the nature of leadership and the importance of four dimensions – vision, reality, ethics and courage – which apply very effectively to brands, influenced my thinking not only on the book, but on the way I conduct projects. Now, when I am working with clients in values rejuvenation or definition projects, Koestenbaum’s dimensions are my benchmark.

As this shows, humanities references are not only valuable in thinking about bigger questions, such as what is the correct ethical standpoint for a brand, but also as a basis for practical decisions. Take as an example the issue of control. The degree of control a manager exerts over a brand is one of the essential roles of the job. At one extreme the manager can use a tight, rule led process, such as favoured by the logistics company, UPS or a highly empowered approach, as favoured by the US department store group, Nordstrom. Although we might argue that there is a general trend towards empowerment, as work becomes more knowledge biased, there are still a large number of organisations that favour control. As evidence, some Scandinavian research suggests that top management in larger international companies use up to two thirds of their time to command and control the business strategy so that it is performed as planned. To some extent, the control a manager exerts is defined by the nature of the operating environment, but it also reflects a philosophical standpoint about trust. If we believe in the ability of the individual to make free and informed choices in line with the organisation’s vision and values we would err on the side of freedom and in so doing capture the intellectual power of all employees. Alternatively, if we do not trust people to act responsibly, we will tend to favour a rule-based regime that defines how people should behave. According to Brooke Manville and Josiah Ober , the latter is the norm: ‘the entire shape of the modern company reflects a fundamental distrust of its members.’ A thought that is also endorsed by W Chan Kim and Renée Mauborgne , who note that managers tend to assume that employees are always focused on self-interest and that it is therefore dangerous to give up power to them. Part of the reason for this tendency is the belief that others are motivated by the same things as ourselves. This is endorsed by research by Chip Heath of Stanford that shows that managers are not as good at understanding employee motivations as they think they are. Their assumption is that extrinsic rewards rather than intrinsic ones motivate employees. Shakespeare is an excellent reference point for this, because he brings to life the possibility of seeing things from different perspectives. One of Shakespeare’s great strengths as a writer is his ability to offer different ideas of the truth; the idea of aspectuality. The writer Jonathan Bate suggests this skill was born out of Shakespeare’s education where the demands of rhetoric required him to argue both sides of an argument. Both within individual Shakespearean characters and within individual plays we see this aspectuality at work. Characters, such as Hamlet and Macbeth, see both sides of arguments and debate them through their monologues. This questioning is what makes Hamlet and Macbeth authentically human.

There is nothing which requires more to be illustrated by philosophy than trade does.
Samuel Johnson

In my first year as an account executive in an advertising agency I attended a course of lectures in London. More than 20 years on I remember very little of the lectures, but there was one idea, which struck me as important at the time. It was that to be a good student of brands and marketing, you need to be a good student of life. The speaker went on to argue that if you focus too narrowly on the minutiae of a brand you forget that you are dealing with real people in the real world. This is why I believe the humanities are so important. They remind us that people are not easily measured and categorised and that individuality will confound the best-laid plans. They remind us that we have to try and see people and problems from perspectives other than our own. They remind us of the linkage between things. The humanities are not an independent area of study devoid from real world behaviour, anymore than marketing is. Or should be. The humanities and marketing should contribute to each other, which is the rationale for Bang and Olufsen’s use of theatre to help unlock creativity, ABN AMRO’s commitment to collecting art and LearningLab in Denmark’s work on what business can learn from the arts and vice versa.

If, we as marketers can learn from the humanities more about ourselves, the people we work with and the customers we serve, we can make better choices and build more effective brands. Using philosophy, art, history and literature as a source of inspiration also enables marketers to create a significant point of difference for their brands. The humanities encourage the individual to pose questions, to seek beauty, to uncover creativity, to recognise emotion and to challenge conventions. These are important attributes when thinking about how to carve out a unique space for a brand in a competitive marketplace. However this integration of the humanities will not happen without effort. In a recent article in Philosophy Now on Corporate Crises: A Philosophical Challenge, Alan Malachowski, argued that philosophers must leave their ivory towers and contribute to the business problems of the real world. Equally we should challenge marketers to leave their business towers and engage with the world of philosophy. It would be an interesting experience and also I think a valuable one.